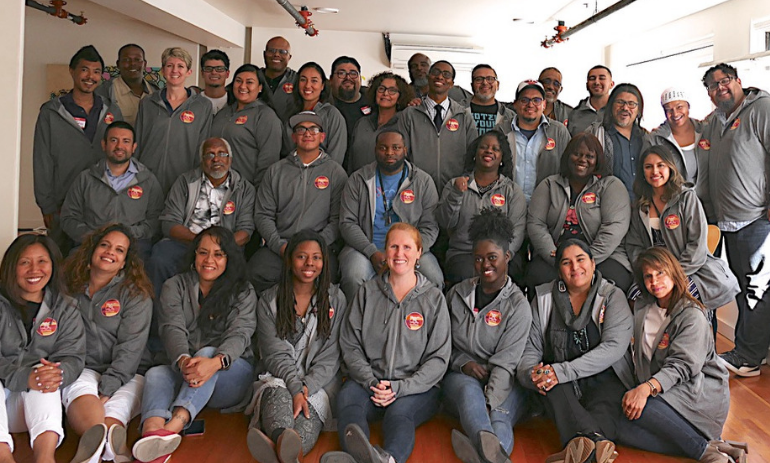 Among the objectives of Dignity in Schools Campaign California (DSC CA) is to expose and expand our movement’s political opportunities to dismantle what is called the school-to-prison pipeline, and to repair the intergenerational harm it is causing to youth, families, and communities across the nation.

In this article we provide a brief overview of the school-to-prison pipeline, including further resources for you to review.

What the Stats Reveal

To help describe the concept of the school-to-prison pipeline, the following stats provide a snapshot of the harsh school and district wide disciplinary policies and practices that keep mainly African American and Latino students from not only receiving an education, but create a path to being suspended, expelled, and ultimately incarcerated in state and federal prisons.

The history of systemic racism, discrimination, and economic inequality and poverty places a heavy burden on students of color, particularly young Black and Latino males and it contributes to targeted and marginalized students being pushed into the school-to-prison pipeline, starting as early as pre-school.

How the Pipeline Works

DSC CA Strategy Team member, Tia Martinez, has outlined the school-to- prison pipeline, which contributes to a reported 11,532 incarcerated youth in California–the highest in the nation8

Sources of the Problem

In other words, over the last four decades, police and prisons have positioned and sold themselves as the providers and facilitators of social welfare in Black, Brown, indigenous, and economically/politically marginalized communities, in the name of safety, law, and order.

School discipline and other forms of social control of behavior at schools are derived from this prevailing ideology that certain behaviors are akin to criminal acts (or precursors to criminality) which must be met with punishment, also in the name of safety and order.

A by-product of this ideology, and a true opportunity to build a movement for radical change, is that the disciplinary action is in many instances the precursor to students/families receiving support, services, and the oft-needed closer examination of root causes.

All of our collective efforts seek to address the harm that has been done to each of these communities, a harm that needs to be repaired.

As a statewide network, DSC CA believes that in order for parents and communities to restore community control and direct their own welfare, we must:

For more information about Dignity In Schools Campaign California (DSC CA), check out About page.